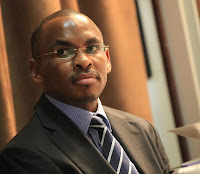 Today, on 1 April, Safaricom’s Board of Directors appointed Mr. Peter Ndegwa as CEO of the company.

Safaricom is East Africa’s most profitable company, which is part held by South Africa’s Vodacom and Britain’s Vodafone.

He joins Safaricom from Diageo PLC where he is Diageo’s Continental Europe’s Executive Director.

Ndegwa holds an MBA from the London Business School and a bachelor’s degree from Nairobi University. In 2004, he became Director of Strategy for East African Breweries Limited (EABL) for Diageo.

Ndegwa worked at PwC before joining EABL and between 2006 and 2008 was the sales director. He had recently served for a long time as CEO in Guinness Nigeria PLC and Guinness Ghana Breweries PLC.

At the point when he took over Guinness Nigeria Breweries in July 2015, the organization was experiencing an intense time because of declining oil costs which were thus adversely influencing the nation’s economy. Ndegwa turned the circumstance around through the enhancement of items and a rights issue to support development.

He will take over from the acting CEO Mr Michael Joseph, who assumed control over the administration of the organization in August after the demise of Bob Collymore.

Here are some facts about Safaricom

Safaricom is the leading communications company in Kenya in converging technologies.Safaricom aims to improve the wellbeing of Kenyans through its value-added services and support to community projects, as well as provide a broad array of premium telephony, broadband Internet and financial services products and services.

The business has the largest modern mobile network coverage in Kenya with over 29 million connections and an estimated 67% market share, with its established investors, appealing tariffs, an efficient national dealer network, high-caliber staff and management, which allow the companY to remain the mobile industry market leader in the country.

Related Topics:News
Up Next