In This List, African Hype will show you the Top 10 Largest Countries In Africa by population. Africa has a total population of about 1.216 billion as of 2016 and the number is set to go way up by the time we get to 2030. Africa is also the second-largest continent in the world with the first one being Asia.

Here is a well-detailed list of Largest Countries in Africa by Population:

Sudan is among Africa’s most populous countries with a population of over 42 million. Although most of the Sudanese land is arid, there are many large riverbank settlements. The life expectancy of Sudan is 64 years as of 2016. Although English and local languages like Nubian are also spoken, Arabic is the official language.

Most of the inhabitants are Islamic (96,7%), the rest are Christians (3%) in North Sudan, Khartoum and Nuba, and about 0,03% of the population in Nuba and the south Blue Nile are traditional religions.

In the north of the continent, Algeria is situated and in terms of size, it is the largest country in Africa with an area of 2.382 million km². Algeria is also the 10th largest country in the World. Most villages in Algeria are desolate and live near towns and water sources. There are about 43 million inhabitants in the state.

The population growth rate in Algeria is 2.11 percent every year. It is predicted that the population will double by 2050.

Uganda is a landlocked country of about 42 million in East Africa. The nation has one of the world’s youngest and fastest-growing populations. Uganda is adding up to 1.2 million people annually at an annual population growth rate of 3.61%.

Found in the East African side of the Continent lies Kenya which is also considered to be the capital of East Africa since it has the largest economy in the region. The median age in Kenya is 19.1 and about 14,362,838 of the people in Kenya are found on the urban side. In Kenya, the official languages are English (Official), Kiswahili (Official), and many indigenous languages and dialects. Tanzania, also an East African country has over are 56 million inhabitants with an overwhelming majority of them, young people. It is the 23rd biggest country in the world and the 13th largest in Africa with 947,300 square kilometers of land. The official language used in Tanzania is Kiswahili.

Congo is Africa’s second-largest Democratic Republic by size, and its population is its fourth-largest. More than 86 million people live there. In the last two decades of the Central African country, its population has grown exponentially, growing from 39 million people over 1992 to 66 million in 2009. Demographics of the Democratic Republic of Congo is one of the world’s fastest-growing communities. 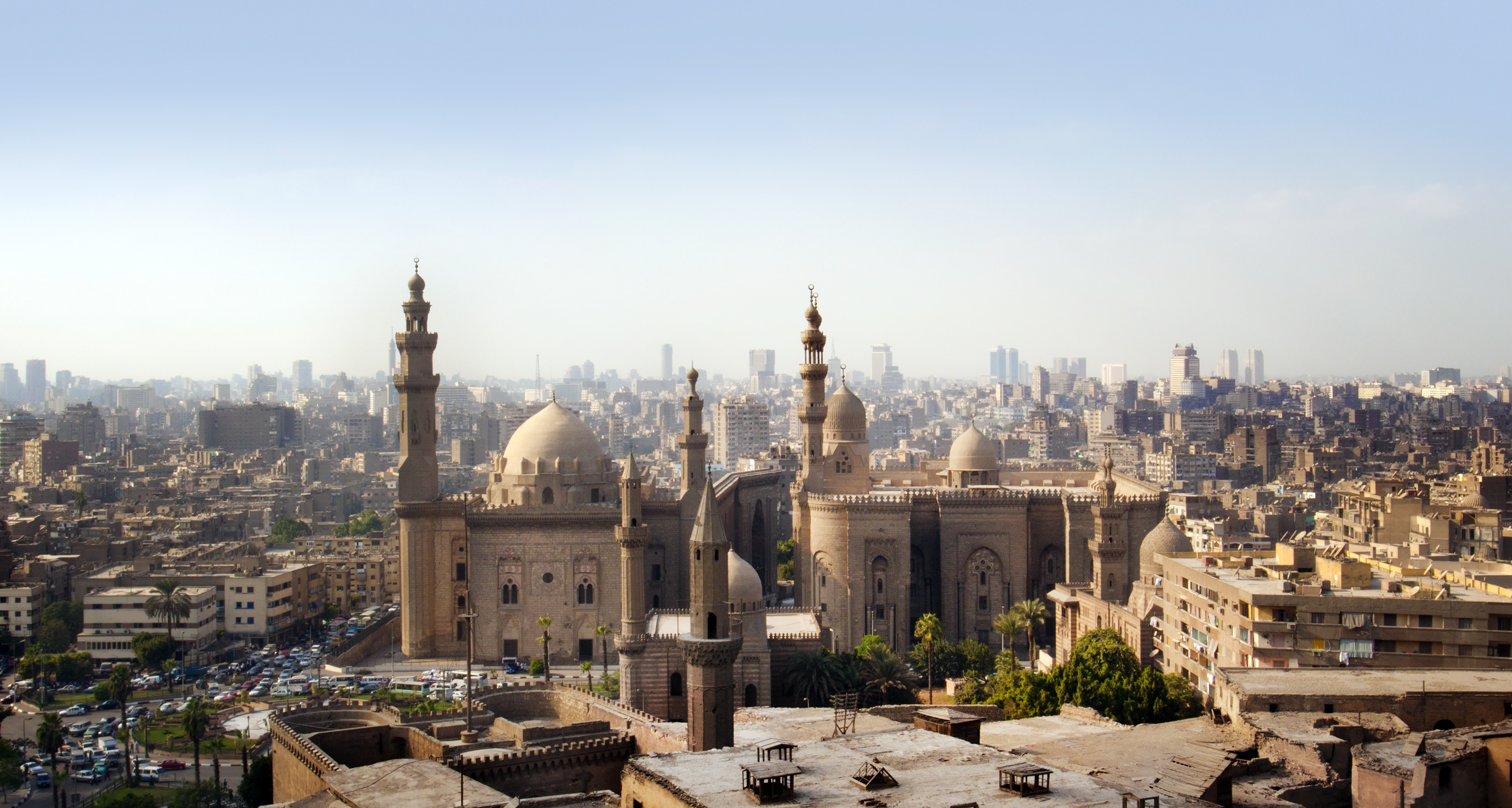 Ethiopia is a landlocked country in the horn of Africa in eastern Africa. With 112 million residents, it is Africa’s second-largest populous country. Ethiopia has an annual growth rate of 2.6%, one of the fastest-growing populations. More than 80 ethnic groups, including the Cushite and Afro Asian ethnic groups, can be found here in the state.

The official language in Ethiopia is Amharic but English, French, Arabic, Italian are widely spoken.

The country has more than 500 languages and diverse traditions and customs and provides nationwide cultural diversity. Nigeria has over 250 ethnic groups.

Largest Countries in Africa by Population

Question: Which is the Largest Countries in Africa by Population?

Answer: Nigeria is the Largest Countries in Africa by Population with a population of people

Related Topics:Discover Africa
Up Next

The Longest Rivers in Africa

Is Africa a Country or a Continent?

Is West Africa a Country?

Since Africa is such a large landmass, it helps to name countries a part of a region instead of using the general phrase of Africa.

West Africa has a total of 16 countries with a total population of about 381 million people.

Here are some facts about West African Countries:

Here are some pictures of countries in West Africa:

Hope you liked our article on Is West Africa a Country?!

101 Facts That Will Make You Want To Travel To Egypt

On This Page you will find Interesting Facts That Will Make You Want To Travel To Egypt:

Interesting Facts That Will Make You Want To Travel To Egypt:

Interesting Facts That Will Make You Want To Travel To Egypt:

Hope you liked our Interesting facts about Egypt!

Question: How many countries are in East Africa?

Officially known as the Republic of Tanzania and has a total population of 57.31 million led by John Magufulli as the president. Tanzania is famous for having the highest mountain known as Mount Kilimanjaro and also for its wildlife-rich national parks such as the Serengeti Nation Park.

Kenya is an East African nation with the Indian Ocean coastline. With a population of about 47 million people, Kenya has Uhuru Kenyatta as their leader. Kenya has many tourist attractions and also know to be the only country with a national park in the city. Kenyans are known for being great long-distance runners.

Kenya’s capital city is Nairobi which has a total population of 4 million people.

Uganda is a landlocked country in East Africa whose diverse ecosystems include the snowcapped Rwenzori Mountains and the massive Victoria Lake. Farming accounts for almost one-quarter of Uganda’s GDP. The country is renowned for its production of tea, tobacco, and cotton. Uganda is widely seen as a peaceful country with low rates of crime.

The capital city of Uganda is Kampala and its official language English and Swahili.

In eastern Central Africa, Rwanda is a landscaped republic located south of Equator. Rwanda has one of the highest population densities in sub-Saharan Africa and is geographically a small country. Rwanda has a population of about 12 million people.

Rwanda’s capital city is Kigali and it is one of the cleanest capitals in Africa.

Gitega is the capital city to the landlocked country Burundi with a total population of 10.86 million people. On 1 July 1962, the nation declared independence, changing its name legally from Rwanda-Urundi to Burundi. Their official languages include French, English, and Kirundi. Burundi is generally considered not safe for tourists by other Governments and is considered to be one of the poorest countries in the world.

In 2011, it achieved independence from the Republic of Sudan and is now widely recognized as the newest sovereign state. South Sudan’s capital city is Juba and the country has a population of about 12.58 million people. Juba is also the largest city in South Sudan.

South Sudan is one of the world’s poorest. Most of the country’s villages have no electricity or running water and there is not enough infrastructure for the country with just 10,000 kilometers of asphalt roads.

It is located in the Horn of Africa. Djibouti, partly due to a large western military presence, is one of the safest destinations in Africa. Serious crime or animosity specifically aimed at travelers is very rare and there is nothing else to think about than in most other nations.

Djibouti has a population of about 1 million people. Their official language is Arabic and French.

With a population of about 5 million people, Eritrea is known to be founded on 27 April 1993. The existence of hundreds of thousands of land mines has left Eritrea facing environmental issues such as continuous deforesting, desertification, soil erosion, overgrazing, and major land losses.

Eritrea’s capital city is Asmara and its official language is Tigrinya.

Also located on the horn of Africa, Ethiopia is the largest country in East Africa and has a population of 106 million people. Ethiopia is one of the oldest countries in the world and its territorial scope has varied throughout its thousands of years. Ethiopia is bounded north by Eritrea, northwest by Djibouti, east by Somalia, south by Kenya, and west by South Sudan.

Mogadishu being its capital city the country has a population of about 15 million people.  It is bordered on the west by Ethiopia, the north by the Aden Gulf, the east by the Guardafui Channel and the southwest by the Somali Sea.

Comoros, in the warm waters of the Mozambique Channel Indian Ocean off the East coast of Africa, is a volcanic archipelago. The capital and also the largest city in Comoros is Moroni.  The Official languages include French, Comorian, and  Arabic. Comoros is among the world’s least developed countries with 45 percent of the population living below the poverty line and ranked third from the last in the 2013 Global Hunger index.

Mauritius is known for its beaches, lagoons, and reefs as an Indian Ocean Island nation. The mountain interior is made up of National Park Black River Gorges, with rainforests, cascades and animals like the flying fox.

Its capital city is Port Louis and the country has a population of 1.3 million people. It is located 2.000 km off the African continent’s south-east coast.

Seychelles is also considered as one of the countries in East Africa. Seychelles are an archipelago of 115 islands off East Africa in the Indian Ocean. It is home to numerous beaches, coral reefs, natural parks, and rare animals, including the giant tortoises of Aldabra. It is also home to the Morne Seychellois mountain rainforests, as well as beaches such as Beau Vallon and Anse Takamaka.

Seychelles has a population of about 100,000 people.

Réunion island is known for its tropical, rainforest interior, coral reefs and beaches, as a French department of the Indian Ocean. It has a population of fewer than 1 million people and uses Euro as their national countries. Saint-Denis is the capital city of Reunion.

Mayotte is an Indian Ocean archipelago between Madagascar and Mozambique’s coast. Mayotte is the smallest country in East Africa and has a population of 270,372 people. They speak french as their official language.

Mozambique is a nation in East Africa whose long coastline has popular beaches, including Tofo and offshore marine parks. Mozambique is the largest of its kind.

Mozambique, although a beautiful country and lots of tourist attractions, has ever been listed as the poorest country. It has a population of about 29.67 million and its capital city is Maputo (which was once known as  “Lourenço Marques” from 1876 to 1976).

Madagascar is an island country in the Indian Ocean that lies about 400 kilometers off the East African coast, and the Republic of Madagascar, formerly known as the Malagasy Republic.

Madagascar has a population of about 25.57 million and the island is famously known for wildlife and culture

The topography of the highlands of Malawi, a landlocked country in the Southeast, is distinguished by the Great Rift Valley with its massive Lake Malawi. The South end of the Lake Malawi National Park-which houses a range of wildlife from baboons to colorful fish-is also popular for boating and diving in clear waters.

Malawi’s capital city is Lilongwe with the country having a total population of 18.9 million people.

Zambia is a landscaped country in East Africa with rough terrain and wildlife, and numerous parks and safari areas.

Zimbabwe is an East African landlocked country known for its stunning scenery and abundant wildlife, many in parks, reserves and safari regions.

Zimbabwe means “great houses of stone,” which come from the language of Shona. Zimbabwe has a total population of 16.6 million people.

With a population of 40 million people, It borders on the north by Egypt, northwest by Libya, west by Chad, southwest by the Central African Republic and to the south by South Sudan, South-east Ethiopia, east by Eritrea and northeast by the Red Sea.

Question: How many countries are in East Africa?

Hope you Liked our List of Countries in East Africa!