A lot of effort has gone into determining who the true king of Afrobeats is, and as various fan factions continue to argue over who they believe deserves to take home the crown, the floodgates of more afrobeat-inspired music have opened, and there is an endless outpouring of music so fine you want to chew it!

While it is fine to argue, there has never been any doubt about Ayodeji Ibrahim Balogun alias Wizkid’s pioneering role in shaping the industry into what it is today. Most are of the opinion that the track “Ojuelgba”, off of his 2014 self-titled 2nd studio album “Ayo,” which was produced by Legendury Beatz, was his breakthrough track, and they are not wrong. This track put the industry on high alert for someone who went on to make afrobeats a globally revered sound; the industry is now thriving in huge part because of the role played by this ingenious prodigy!

Wizkid released his 4th studio album, “Made in Lagos,” on October 2020 to record-breaking success. The standout track “Essence” featuring Nigerian songstress Tems shattered every available record and topped musical charts back to back like nobody’s business! It even got a special remix featuring internationally acclaimed pop star Justin Bieber.

When Wizkid announced on his last day on tour that he would be releasing his 5th studio album, “More Love, Less Ego,”  his millions of fans were eager and couldn’t keep calm; – their ears and souls itching for that quenching dose of music from their cherished superstar!

This album was fronted by the lead single “Bad to Me” and the promotional single “Money & Love.” The entire project was dropped on November 11, 2022, much to the relief of the impatient fans.

“More Love, Less Ego” is a 13-track compilation with guest appearances from Ayra Starr, Skillibeng, Shenseea, Skepta, Naira Marley and Don Toliver. So far, the album has been critically acclaimed, with top tracks such as “2 Sugar” and “Wow” dominating charts globally.

“2 Sugar” brings Nigerian high-flying queen Ayra Star on board, and together, they engineer a timeless masterpiece. I honestly believe that Wizkid uses some magic to choose the right female collaborators for his tracks; at this point, it kind of defies all odds how good it is; from Tems to Justin Skye and now Ayra Starr, it is no coincidence at all, magic is involved somehow, and you can’t convince me otherwise!

In this beguiling tune, they complement one another so naturally as to authenticate a very addictive jam that feels sweet and really colorful. The hooks are very infectious, and the blend between the vocals and the articulate afro beats is just top-notch. This is the kind of music that takes its time, growing on people gently, and then all of a sudden everyone can’t keep it off their playlist!

“Money & Love” sees Wizkid being really sensual and composed, as his R&B crooning vocals blend favorably with the flow of the beats. He kind of just moves with the flow, and the beats really flow like water.

“Bad to Me” is another eclectic banger. It has a slight melodic similarity to his “Soco” song, which was mixed and mastered with the sparkling Amapaino beats to make a very sobering and rapturous melody that you can dance to all night long.

“Wow” sees Wiz bring British-Nigerian grime MC and rapper Skepta and Nigerian wonder kid Skepta for a very memorable performance. Their energies bounce off one another, with the rap bars spectacularly melding with the afro-pop vibe to alluring effect.

There is so much to excite a listener throughout this valuable collection, and while it’s still in its early stages, nothing has suggested its impending topple over “Made in Lagos”; I just think it will take some beating to plummet its impact. For now, we just have to take “More Love, Less Ego” as it is and run with it!

KEMETIKA’s Track “IS vs AINT” off of His “KEMETIKA N AmeriiiKKKa” Album Is the Perfect Distillation of Lyrical Winery!

Switch1eighty has stood tall as one of Australia’s leading rap voices, outspokenly expressing a righteous, self-empowered swagger that has endeared him to critics and hip-hop purists alike. The owner of the Oort Cloud Production record label, through which he is living his own dreams while making those of others like him come true, Switch1eighty couldn’t help but be proud of everything he has achieved so far!

Switch1eighty credits his successes to his mother, whose hard work and relentless pursuit of excellence made an indelible impression on him. Growing up was not easy, and Switch1eighty battled numerous adversities that threatened to spill into his life and future, but due to the intervention of his mother, a new version of him was reborn.

Switch1eighty has now continued to evolve and mature as an artist, going from just a young street disciple to a revered first-rate lyricist who has continued to build his deep discography with releases such as “Iconoclast.” I feel like dropping out of school, delving into street culture, and flirting with danger somehow helped characterize his rhymes and helped him develop that high degree of literacy, which has informed his provocative rhymes that are delivered with masterful flows and wise perspectives over any type of hip-hop beat.

His synthesis of well-crafted rhetoric and street-glamorous imagery blossomed when he laid down fiery verses on “No Comply” and “3 Shot Dottie,” which earned him up-and-coming notice among the European rap scene!

The bar is about to be set higher following his upcoming collaboration with American iconic rapper Chino XL in the single, “Lyrical Assassins”. This is such a special moment for him because Chino XL is an artist he looks up to and who deeply inspires him to do the kind of craft he does.

This is such a feat to Switch1eighty’s artistry and one he can’t wait to share with the world;
“Lyrical Assassins” will be officially released on all digital platforms on February 11, 2023; this is one of those collaborations you just don’t want to miss out on!

For more real-time updates, follow Switch1eighty on his socials and don’t let him off your radar even for a mere second—you blink or sneeze, you lose!

Catch Up With Switch1eighty on:

Memphis-Based Independent Artist Mero M. Starts the New Year on a Versatile Note With His New Single, “Do About It” 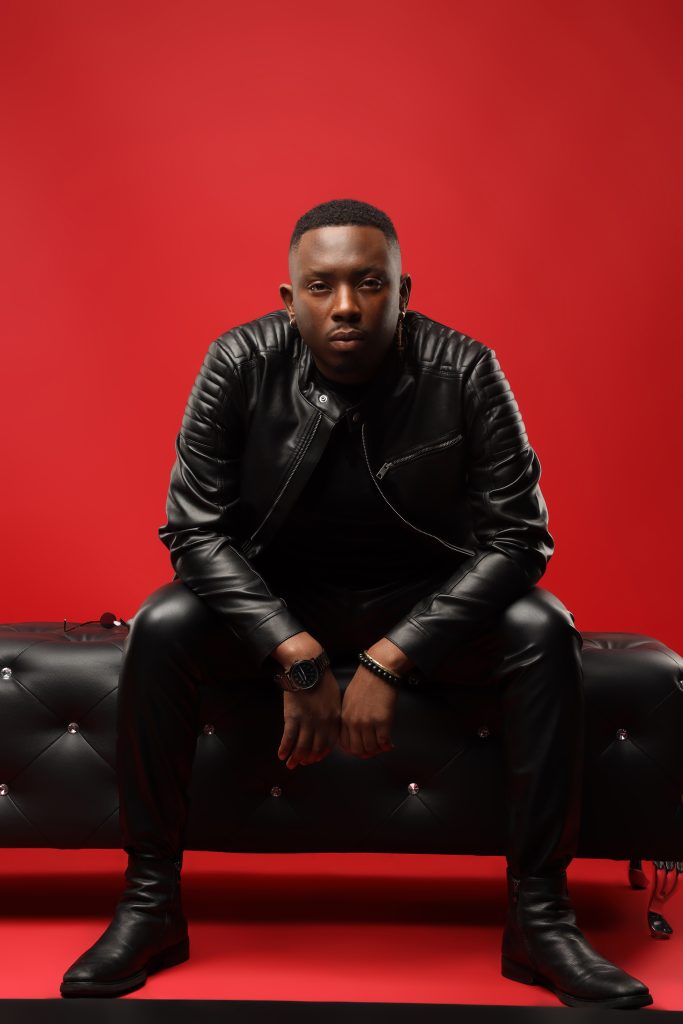 Mero M. makes songs that span across R&B, pop, and neo-soul in order to create an alluring and unparalleled atmosphere for audiences to enjoy and keep returning to. As someone who has always possessed an insatiable passion for music, songwriting has become the essence of his life. As he got older, he was able to transform the words from his short poems into lyrics, and since then, his passion for crafting music has never wavered.

Having celebrated his 28th birthday on January 26th and following that up with his new single, “Do About It,”  his first of the new year, Mero M. feels that this single is a highlight of his artistic maturity and versatility.

While many of his listeners have gotten used to Mero M.’s quintessential R&B style, in this tune he branches out into contemporary genres with a focus on soul, R&B, and hip hop, which sees him rap on verse 2.

Materializing in the beautiful fountain of his sweet-talking vocals, the memorable chorus and easily quotable hooks make “Do About It” an unforgettable anthem that you just want to sing along to as you bust some moves to the dance-inducing beats.

Mero M. strikingly crafts blues into the landscape with the paper-thin synths, dulcet piano keys, and punchy drums dallying with racy romance off of the explicit lyrics. They manifest the delicious agony of love-making that swirls at the pit of your being!

The unison of elements within this banger is entrancing in its seamless showcase, and that performance right there underscores Mero M. newly gained artistic maturity, natural charisma, and raw talent that is sure to win him lots of interest from the music industry.

“Do About It” is now streaming on your favorite platforms; follow the attached link and save a spot for it under your library!

Catch Up With Mero M on:

After savoring his unique and versatile type of sound, I am convinced that Vienna-based multifaceted artist L.A Bluez has been able to master a sound that is complex yet relatable. This is the kind of music that is just ‘New L.A Bluez’ and which someone might find feasible to describe as alternative R&B and soul with that trip-hop touch. L.A Bluez has an affinity for classical music and epic instrumental scores; traces of these elegant genres can be found in most of his productions.

What you get from his “Lost Filez” mixtape is over 34 minutes of surreal listening experience that features passionate vocals that are evocative, soulful, and telling in a way only the artist can convey. This mixtape actually serves up a rebellious personality, tenacious spirit, and indomitable will to create music that breaks the boundaries of R&B, soul, and trap. After indulging into this piece in its entirety, I feel that the impact of this project lies within its core distinct concepts and top-notch production and most certainly its expressive songwriting and powerfully packed soulful delivery.

In the track, “Different Kind of Blue id3”, L.A Bluez lets his soul spill out. This is an instant hit that cannot be denied by fans. It also feels very trippy and hypnotic with its unique set of laid-back dulcet melodies, which supplement his soulful performance exceptionally.

As someone who stays true to the roots of his alternative sound while looking forward to the future of the sound, it is not surprising that he is able to deliver such a performance as the one he gives in the tune, “Tomorrow id3.” With a flourishing soundscape painted by a grooving rhythm section, an expanded deep bass, and rich ambient tones, this combination peppered with his intimate lyrics will take you to a place heaven on earth, and you’ve got to love the way it seamlessly transitions into “Sidewalkz!”

Building from “Tomorrow id3”, L.A Bluez laces “Sidewalkz (I am your all) id5” with a soulful and reflective backdrop over its subtly vibrant melodies. He goes on to give an unforgettable performance that will remain with its listener outside of this banger.

“It’s gettin’ late ph1” is adventurous and meditative, and it intriguingly captures the energy and vibe of nostalgic blues with its diverse rhythms and harmonies. This is just the perfect soundtrack for those late night introspections or, better yet, candlelit dinners at night!

What L.A Bluez does in “Rock u id3” cannot be replicated—the invigorating beats jump at a listener with that impressive blend of rhythm and melody that I feel possesses dance-pop sensibilities.  His voice, which holds so much effortless power, backs up this performance exceptionally, and that beat switch at some point is just hypnotic, to say the least. It just catches you by surprise, and before you know it, you just surrender to its splendorous effect on you. And the track is 7 minutes long—what more could you ask for?

There is a little something for listeners here, especially those who fell in love with the R&B sound growing up. What L.A Bluez has been able to conjure up is a unique listening experience that still lives up to the timeless standards of the sound, but now with his own indelible imprint all over it to make sure you have an adventurous experience that will remain with you for as long as you want!

“Lost Filez” is the perfect antidote for those mundanely sad moments, and the perfect collection for purists who love their sound a bit trippy and evocative. There is so much to savor from this mixtape that will certainly augment L.A Bluez’s elevation to international acclaim.

To listen to “Lost Filez” in its entirety, follow the attached link and let the trucks that you dig the most elevate your playlist.

Catch Up With L.A Bluez on: